~ This game has multiple endings ~

Set in the modern day, but where history has not gone so well as it has done for us, the player is met with various choices for him to reach a rumoured utopia. All the while, a mysterious narrator tries to guide him there.

Um, I am kinda confused.

I guess I can play it in-browser, but I do prefer to download, and a download option was mentioned.

It's fine if there is no download option, but...

Reply
Projects from Basement3 years ago

Nice little game. We enjoyed it very much.

Amazing what you were able to archieve in the given timespan.
I found on bug:
- in the scene with the mountain range in the back you can walk of bounds.

Why is it two handed?  Make the spacebar and WASD work during conversations and it's a one handed game.

hii. enjoyed the game. noticed one glitch i think? i decided to do a playthrough choosing "leave" for every encounter and when i got to the end of the mountain path i was at dead center ('possible') and the cliffside screen did not load. otherwise, great lil game. 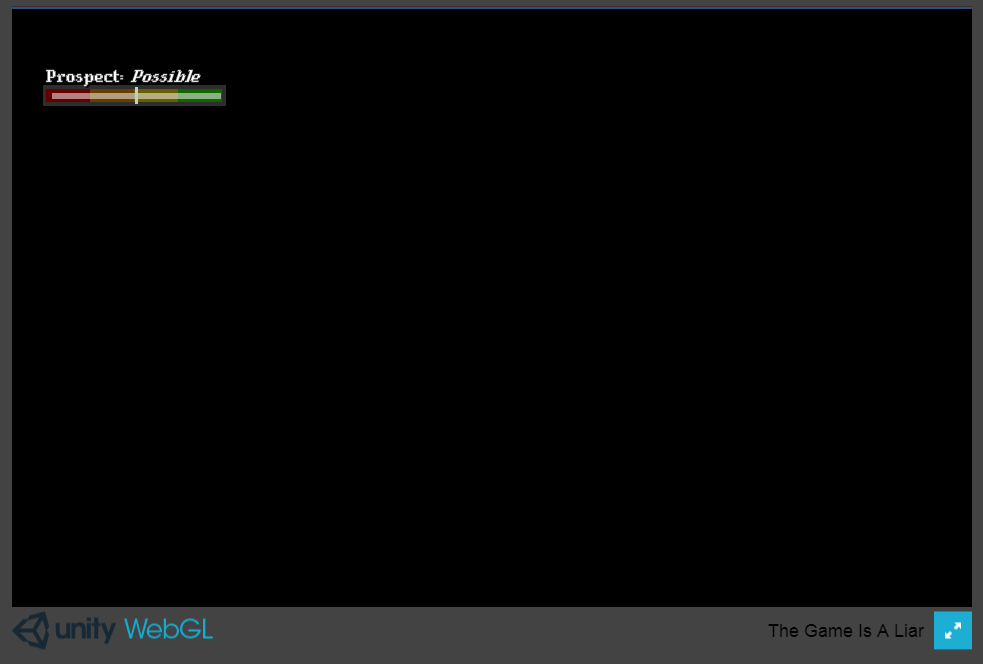 Hi syddhoff! Yep, you've found one of the glitches - unfortunately we didn't have time to add the 'ignore everything' ending completely, so we decided to remove it last minute. Therefore, when your 'score' was 0, it didn't know which scene to load. Would have been an easy enough mistake to fix - but a simple oversight :D

Wow, nice vid! Thank you so much for playing and finding those endings! We appreciate it alot!

I played your game and had fun.

My first playthrough I didn't give away money or food, but I didn't steal or harm anyone either.  I walked to the end and got the Moral Neutral and Truth endings.

Then I figured I'd try for a Moral Good ending by doing the same but giving food to the dog and money to the homeless guy.  I didn't see any other ways to be morally good.  But when I got to the end, it was the same as before.  And both times the post-ending scene claimed that I believed Eden existed but stuck to my morals anyway.  But I didn't believe Eden existed, and I don't know what actions I could have taken to indicate that.

The only things I imagine I could have done to get different endings is to steal or kill, which I didn't care to do.  So I guess that ends my experience with the game, a resounding "meh".

Very interesting, the game is very dependent actually on what you see as morally good. Some people may see not doing anything bad a good thing! Hence some people may not align with that game choice.

I think you forget the aspect of the narrator in the game. The narrator talks about the requirements to reach "Eden". The player can reach these requirements by doing obviously "immoral" acts. In the ending sequence the narrator says that you beat him because of your own morals(ie. the character playing through the game the way you chose) or maybe because you saw through his lie of the existence of Eden.

Perhaps the post scene was an oversight but in some people's playthroughs you can see how it may have made sense no?

Anyway, please understand this game in the context of a 7 day game jam that we entered late 1 day and a half late into. Sad that you didn't enjoy the game.. will attempt to improve it outside of time constraints.

What do you mean by this?  And what game choice are you referring to?  Are you saying I'm one of those players, or are you presenting a counterpoint to something I said?

I was aware of the narrator.  He immediately tells me to kill the dog, which I'm not willing to do, and then he never comes up again until the ending.  I doubt most players would want to kill a dog, and the ones that do are probably just doing it to see more game content.

If you want to strengthen this aspect of the game, I would suggest establishing more of a motivation to reach Eden.  Make surviving without it extremely difficult.  Have the narrator start with more mundane instructions first, even some that are benevolent and produce great outcomes.  Then let them start to get shadier, until finally you've reached a point where you're less likely to refuse, both because you've already come so far, and because your faith in the narrator has been sufficiently built up.  As is, his outrageous instruction right out of the gate was too easy to disregard.

Maybe the game just wasn't for me, but I can't figure out what the intention behind it is.  If the way to "beat" the game is really to just do what I did and ignore the narrator, then the game amounts to a pretty easy decision in my opinion that results in a lackluster game experience and rather unsatisying conclusion.  Shouldn't achieving the intended goal of the game be more encouraged and satisfying?

Hi Alectric! I’ve read your comment and agree with many of the things you’ve said, especially that we should spend more time establishing relationships between the player and other entities of the game.

As for beating the game, the moral neutral ending which you achieved is currently the “best” ending. We haven’t implemented different endings for when the player is always moral versus when the player is sometimes moral/not immoral.

Having said that, we gave more attention to the immoral endings, and have 2 endings based on the extent of your “immorality”.

We plan to improve and add such features after the Community Game Jam ends (for which the theme was “Liar”, hence the misleading narrator and “prospect” bar in the top left.

This game was made in a week and thus, we had to take some shortcuts and restrict the amount of content we could safely add to the game, as well as polish and play-test.

Thank you for playing, and giving constructive criticism. We’ll take this into account when updating the game after the jam :D

A rougher voice would have been nice.

Thank you! We appreciate your support :D

perhaps I should've screamed into a pillow beforehand haha

Could have tried xd

Interesting concept which was made thoroughly enjoyable by the pixel art and the ominous music. The story line and the repeatability of the game makes it unique and fresh. I had a great time playing the game and finding all the different paths.

I think that this is one of the better games i have played in this game jam. It gives a great sense of how dreadful the world has become and the interactions between the player and the world give a real feel for the story around the game

Thanks dude ;) Appreciate your feedback!

Leave any feedback here - I would love to hear what you think about the game! :D 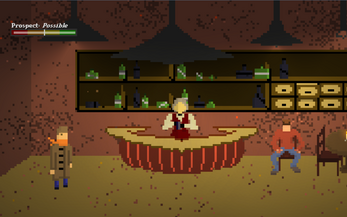 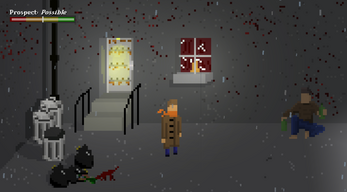 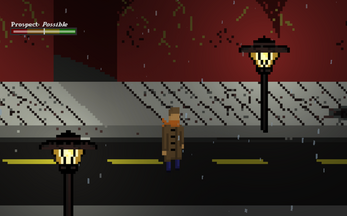